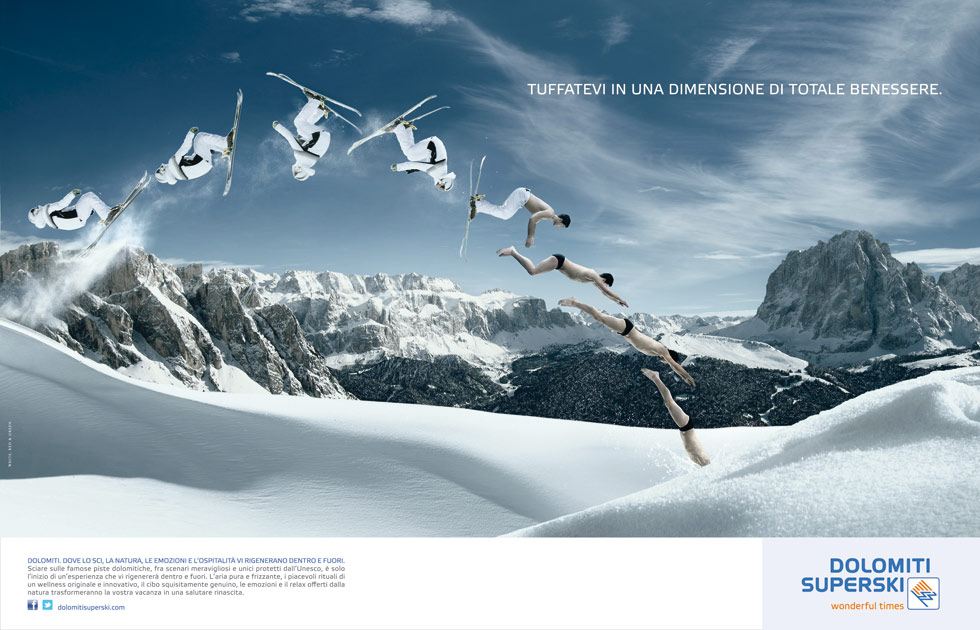 The days are getting colder and some of us are already dreaming of where to spend their winter holidays!

The team at Terminal reached the summit of one of the most beautiful mountains in the Dolomites to create a TV commercial to launch the 2013/2014 season of the Dolomites Superski, one of the biggest and most spectacular ski resorts in the world. Filmed at more than 200 frames per second and post-produced frame by frame, the result is a fascinating transition between a freestyle Italian Champion jumper and a dive into a swimming pool.

All together they have created a visually outstanding product making use of innovative video techniques such as morphing and time-lapse.

Why don’t you dive in too!